We often get many upfront questions from our guests about Transnistria.

Here we offer you our answers for the most regular questions.

We are locals - so we have the first-hand right knowledge.

Do I need a visa to Transnistria?


What credit cards are accepted in Transnistria?

IMPORTANT UPDATE: The cards (Visa or Mastercard) are temporarily not accepted in Transnistria (from Nov 2019).

Being unrecognized Transnistria is not a full-fledged member of international financial system. So paying services or goods with your card will be practically impossible here.

The best option is to bring cash (USD, EUR) or to withdraw cash from your card (Visa or Mastercard) in local bank offices (you will need to present your ID and will be charged 3% commission) and to convert it into Transnistrian ruble in the same bank or in numerous exchange offices (the rates are practically the same).

What languages is (are) spoken in Transnistria?


How can I travel to Transnistria?

If you travel on your own on arrival go for a transfer (taxi, bus or minibus) that will take you to Tiraspol. If you get in touch with us beforehand we will organize your transfer (Transnistrian taxi) that will be the least expensive option and a Transnistrian experience at the same time.

If you are already in Chisinau you may reach Tiraspol from Chisinau central bus station (one-way trip - around 3 euros, bus or minibus), taxi or get in touch with us for the least expensive Transnistrian taxi.

The same refers to Odessa (big seaport city in Ukraine) which is 100 kms from Tiraspol.


Is Transnistria dangerous or safe?

Transnistria is one of the safest places in the world. Street crime is almost unknown and pickpocketing never reported by our visitors.

You may read the UK Government Foreign travel advice for Moldova and Transnistria as a third party opinion.

The border-crossing administrative procedure was simplified in summer of 2017 in order to promote greater foreign visitors influx. It is cost-free and quick.

To enter Transnistria a foreigner presents his valid passport to the migration officer (who usually have basic knowledge of English) at the border checkpoint and declares the means of entering (car registration certificate), location (hotel or apartment address), duration of stay in Transnistria and sometimes the aim of visit. 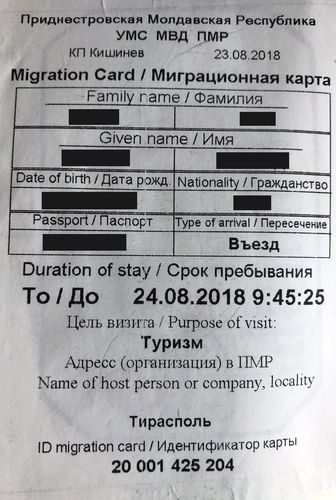 The visitor immediately receives a slip with data provided which serves as his migration document for short-term visits to be kept together with his passport and shown to the migration officer while leaving the country. Yes, you may keep the slip for yourself afterwards.

NB: We recommend to always declare one extra day of stay as the leaving time will be identical to your entering time. For example if you enter at 9am and declare one day stay you will have to leave by 9am of the following day. Maximum one-time stay is 45 days.


Are residents of Transnistria receptive to foreigners?

Transnistria residents are welcoming, caring and smiling. They will be slightly curious about you and willing to help if needed. The restaurants and hotels usually have English-speaking personnel, although in general not so many ordinary Transnistrians speak good English. But nonetheless you will definitely never feel any hostility when in Transnistria.


What currencies are accepted in Transnistria?

According to Transnistrian legislation you can pay services and goods in Transnistrian ruble only. The only exceptions are gas stations or informal market where you may still use foreign currencies (cash only).

Apart of the currencies of the bordering countries (Moldovan Leu (MDL) and Ukrainian Hryvnia (UAH)) local exchange offices will also eagerly buy US dollar (USD), euro (EUR) & Russian Ruble (RUB). It will be difficult to sell British pound (GBP) at a good exchange rate. The best rates are usually given for the USD.


How and where do I exchange money in Transnistria?

It is very simple to exchange foreign currency into Transnistrian ruble as there are numerous exchange offices all around the main towns of the country. You can easily find them by a sign "ОБМЕН" and "EXCHANGE" and current exchange rates displayed on the window. Every supermarket will also have a bank office with exchange services.

The exchange is commission-free and the rates don't differ too much from one exchange office (bank) to another. You don't need to present your ID when exchanging the money.


What if I need a transfer to/from/through Transnistria?

In case you don't need a tour but prefer to have a safe and fair transfer to, from or through Transnistria we may arrange your transfer which will be done by the drivers we know who are well experienced and drive safely. We don't usually charge for our service, we just provide assistance to the drivers we work with and whose reliable service we may recommend. Send your transfer request right now!


What airlines fly to Transnistria?


Do I need travel insurance in Transnistria?

Your tour cost with us doesn't include insurance. As Transnistria is outside the EU it is recommended to obtain your travel insurance for the time of your stay. Contact your insurance company or check the available rates at GoCompare.


What if I need a private tour to Transnistria?


Is English widely spoken in Transnistria? 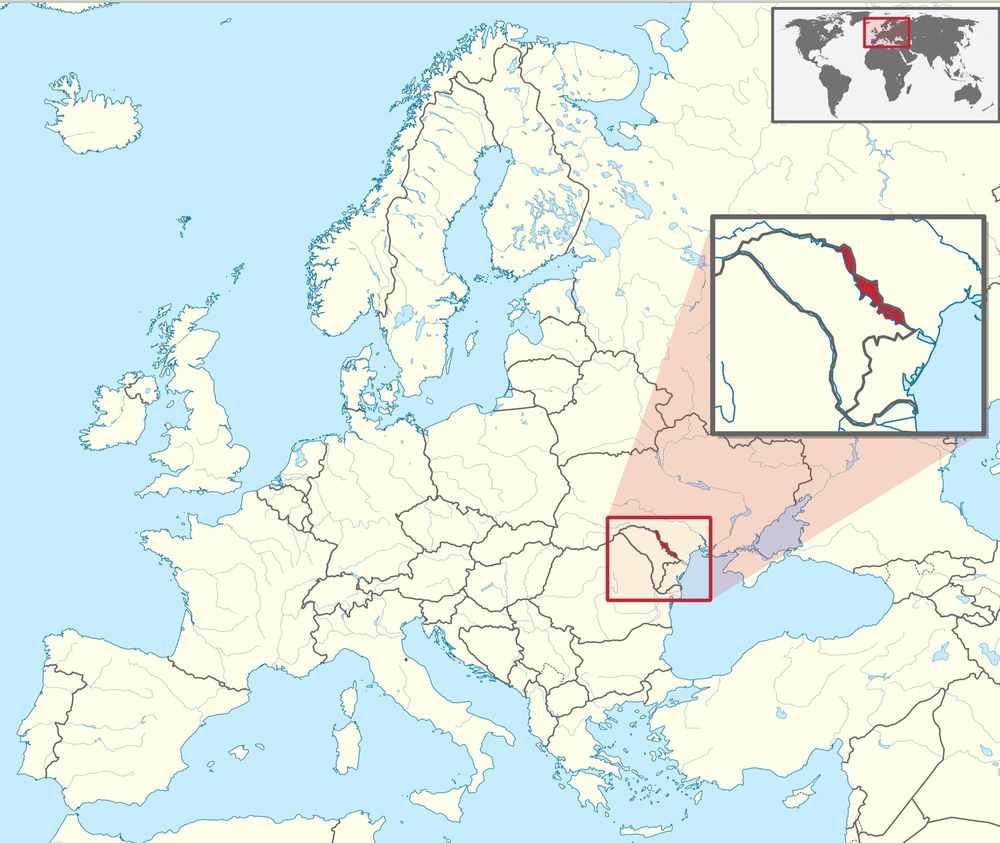 What is the capital of Transnistria?


What is the currency in Transnistria?


What are the prices in Transnistria: is it cheap or expensive?


What if I have special dietary needs?

If you still have questions regarding Transnistria and your future stay here feel free to ask it in a contact form below. We will treat it quickly and give you our expert advice.